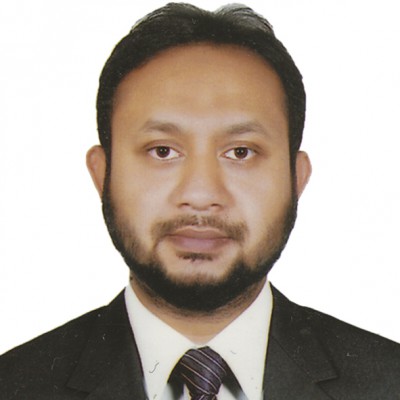 Ahm Ershad Uddin, (2017), “The Fanatical ISIS through the Lens of Islamic Law“ the Journal of International Journal of Islamic Thought (IJIT), The National University Malaysia. (UKM).

Series of attacks under the disguise of Islam ISIS created an outrage throughout the world, bombings in a number of places, beheading innocent citizens, kidnapping women and children of different sects of Muslims for the cause of harassment and assault, also, burning non-Muslims alive and drowning, then upload those video clips of murder-inaction in the name of the so-called revival of Khilafah and post Quranic verses has raised questions like is conflict one of the principles of Islam? During and after the propagation of Islam did the prophet Muhammad (s.a.w.) ever behead a non-Muslim and present it to a ruler in order to accept Islam? Does Islam allow to amputate any human body who claims the prophet a liar or who talks against him? Furthermore, it is concluded that ISIS misinterprets the fundamentals of Islam and misrepresents them to the world either go against Islam or form the ideal of massacre. This paper intends to comprehend the fanaticism and radical terrorists’ frequent murders of ISIS that is statistically increasing daily, its brutality and more importantly creating a phobia of Islam with their bestial activities, critically, if Islam allows it and how it objectifies this in the light of Islamic law. As well as to lay out a content of Islam as religion and where it stands today under shari‘ah.

AHM Ershad Uddin. (2016) “The Rise in Practice of Islamic Banking in Turkey: Opportunities and Challenges: An Overview“ 11th International Conference on Innovations in Business, Education, and Sciences, Tbilisi University, Georgia.

One of Zakat’s main objectives is to help eliminate poverty and famine. And in Shari’ah, the obligation of zakat payment is elaborated which if not maintained holds severe consequences. Zakat has its unique features of supporting the poor in providing a collateral free financial stability. The main socioeconomic factors in all the developing Muslim countries are poverty, unemployment and economic inequality which results in not meeting the basic needs of the poor. In a country like Bangladesh consisting of Muslim Majority, although governmental and nongovernmental institutions collect and distribute zakat yet the ultimate goal of zakat is not attained completely. At present, modern Islamic jurists reinforce the notion of microfinance investment through the collection and usage of zakat money. This paper consists of a static ground for the poverty removal creating a financial institution which is equally responsible as those present in Bangladesh but with a different route in eliminating poverty where schemes can be initiated along with opening opportunities of employment. Finally, it also surfaces the model in investment of zakat fund through IBZH with opinions of Islamic jurists. This Islamic Banks Zakah House (IBZH) is an amalgamated forum of the present eight established private Islamic banks of Bangladesh.

The Position of Anarchism in Islam: An Examination From The Islamic Legal Viewpoint, South West Theology and Religion Conference, 2020, Organized by Theology Dept. Of Exeter University, United Kingdom (UK).

“Understanding of Monarchical System in Islam According to Hanafi School of Thought: A Case of Saudi KIngdom“, at the conference “Monarchy and Modernity since 1500“ at the faculty of Law, University of Cambridge, on 7-9 January 2019.

“The Comprehension of The Ideology About The Relationship Between Islam and Fundamental Violence: Bangladesh Perspective“, CREOR Colloquium: Religion And Violence Conference“, Jointly organized by the Theology Dept. of McGill & Concordia University, Montreal, Canada, 17-20 April 2018.

“A make-over in Turkey: the two phases of its outcome, before and after the reign of Erdogan”, Birinci uluslararası hukuk ve sosyal bilim konferansı, 2017, Güneydoğu Avrupa üniversitesi, Skopje-Makedonya

“The Influence of Interest-Free Microcredit’s Role Towards The Socio-Economic Transformation Among Rural Women: Evidence From Bangladesh”, 2017, Tbilisi State Üniversitesi-Gürcistan/Georgia.

“The Role of IBBL to Remove Poverty Through Rural Development Scheme in Bangladesh: An Alternative Approach. 2015 Mazandaran University-İRAN