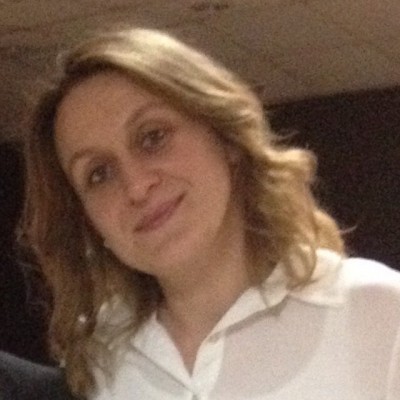 Earthquake ruptures perturb stress within the surrounding crustal volume and as it is widely accepted now these stress perturbations strongly correlates with the following seismicity. Here we have documented five cases of the mainshock–aftershock sequences generated by the strike-slip faults from different tectonic environments of world in order to demonstrate that the stress changes resulting from large preceding earthquakes decades before effect spatial distribution of the aftershocks of the current mainshocks. The studied mainshock–aftershock sequences are the 15 October 1979 Imperial Valley earthquake (Mw = 6.4) in southern California, the 27 November 1979 Khuli-Boniabad (Mw = 7.1), the 10 May 1997 Qa’enat (Mw = 7.2) and the 31 March 2006 Silakhor (Mw = 6.1) earthquakes in Iran and the 13 March 1992 Erzincan earthquake (Mw = 6.7) in Turkey. In the literature, we have been able to find only these mainshocks that are mainly characterized by dense and strong aftershock activities along and beyond the one end of their ruptures while rare aftershock occurrences with relatively lower magnitude reported for the other end of their ruptures. It is shown that the stress changes resulted from earlier mainshock(s) that are close in both time and space might be the reason behind the observed aftershock patterns. The largest aftershocks of the mainshocks studied tend to occur inside the stress-increased lobes that were also stressed by the background earthquakes and not to occur inside the stress-increased lobes that fall into the stress shadow of the background earthquakes. We suggest that the stress shadows of the previous mainshocks may persist in the crust for decades to suppress aftershock distribution of the current mainshocks. Considering active researches about use of the Coulomb stress change maps as a practical tool to forecast spatial distribution of the upcoming aftershocks for earthquake risk mitigation purposes in near-real time, it is further suggested that the background mainshocks along the neighbouring faults should be taken into account in producing the stress change maps for commenting on aftershock occurrences.

Coulomb stress changes before and after the 23 October 2011 Van, eastern Turkey, earthquake have been analysed using available data related to the background and the aftershock seismicity and the source faults. The coseismic stress changes of the background seismicity had slightly promoted stress over the rupture plane of the 2011 Van earthquake, while it yielded a stress shadow over the Gürpı nar Fault which has been argued to have produced the 7 April 1646 Van earthquake. The stress shadow over the Gürp\i nar fault has become more pronounced following the occurrence of the 2011 Van earthquake, meaning that the repetition of the 1646 Van earthquake has been further suppressed. Spatial distribution and source mechanisms of the 2011 Van earthquake's aftershocks have been utilised to define four clusters with regard to their relative location to the mainshock rupture. In addition, the aftershock sequence covers a much broader area toward the northeast. Correlations between the observed spatial patterns of the aftershocks and the coseismic Coulomb stress changes caused by the mainshock are determined by calculating the stress changes over both optimally oriented and specified fault planes. It is shown here that there is an apparent correlation between the mainshock stress changes and the observed spatial pattern of the aftershock occurrence, demonstrating the usefulness of the stress maps in constraining the likely locations of the upcoming aftershocks and mitigating earthquake hazard.

A linear finite-fault inversion procedure is applied to teleseismically recorded broadband P and SHvelocity waveforms of the August 17, 1999, İzmit earthquake, to derive spatial and temporal distributions of the coseismic slip over the representative three-segment model fault. The model fault is longer than the mapped surface rupture, and it extends offshore for 25 km in the west, to define the western end of the earthquake rupture. The teleseismically derived slip model suggests a bilateral rupture with a total seismic moment release of 2.6 ×1020 Nm, and that the rupture was dominated by failure of two major asperities with peak slip amplitudes reaching 7 m. The hypocentral area was represented by the relatively low displacement that separated the large asperities. In the west, the rupture reached the eastern entrance of the Çınarcık basin beneath the Sea of Marmara, with an average slip of ca. 2 m. This indicates that the rupture propagated offshore for ca. 20 km after crossing Hersek Peninsula. The analysis also reveals that the total rupture process time was 32 s, while the main seismic moment release, which corresponded to the rupture of the two large asperities, occurred between 4 s and 16 s after rupture initiation. The strong wave energy arrivals from the failure of the large asperities were preceded by weak wave arrivals in the initial section of the teleseismic waveforms used in this study. Along with some observations from previous studies, this emergent onset of the wave arrivals prompts us to discuss the possibility of a seismic nucleation process for this earthquake.

ABSTRACT: 11 August 2012 Ahar earthquake (Mw=6.4) occurred in the Ahar region of NW Iran, located 60 km NW of Tabriz city. 11 minutes after the 2012 Ahar earthquake another moderately large earthquake, the Varzeghan earthquake (Mw=6.3), hit the region. Alignment of their aftershock distributions indicated that the earthquakes occurred on two separate faults extending roughly E-W direction and subparallel to the Southern Ahar fault, the first mainshock ruptured the northern one while the second mainshock ruptured the southern one. Though source mechanism solutions for both mainshocks indicate dextral faulting, the second one has a considerable thrusting component. In the present study we first estimated the static coulomb stress changes caused by both mainshocks over the optimally oriented dextral faults in order to correlate the stress changes and the epicentral distribution of the mb≥4.0 aftershocks. Following we model the Coulomb stress changes along the Northern Tabriz and Bozqush faults to comment on the stress conditions of both faults, which have been silent for two centuries. Correlations between the stress change maps and the aftershocks distributions have shown that there is an apparent correlation between the mainshock stress increase areas of above 1 bar and the aftershock occurrences. A slight increase in the coseismic stresses over the NW and SE segments of the Northern Tabriz fault is also found. Considering that these segments have been quiescent for two centuries, it is obvious that the occurrence of the 2012 Ahar and Varzeghan earthquakes increased likelihood of the future earthquakes along the segments.

The North Anatolian Fault Zone (NAFZ) is a 1500 km-long dextral transform fault that accommodates western extrusion of Anatolian plate resulting from the collision of the Arabian plate in the eastern Anatolia along with sinistral East Anatolian Fault Zone (Reilinger et al. 2006) (Fig. 1a). The North Anatolian Fault Zone bifurcates into and extends as three fault strands, namely the Northern, Middle and Southern Strands, in the Marmara Region (Barka and Kadinsky-Cade (1988); Şaroğlu et al. 1992; Armijo et al. 2005) (Fig. 1). The both strands have produced tens of destructive large earthquakes over the past twenty centuries as revealed from the historical sources (Ambraseys, 2002), indicating high seismic activity in the region. In the present study, seismic hazard in the Marmara Region is assessed by examining the historical and instrumental period seismicity and the paleoseismological studies. Also, the b value of the frequency-magnitude distribution (FMD) of earthquakes (Gutenberg and Richter (1944)) in three selected areas (called as Eastern, Western and Southern Areas) in the region is mapped from the declustered background seismicity prior to the August 17, 1999 İzmit earthquake, covering the time period between 1981 and 1999 (Fig. 1).

ABSTRACT A linear finite-fault inversion procedure is applied to the teleseismically recorded broadband P and SH velocity waveforms of the 17 August 1999 İzmit earthquake to derive spatial and temporal distribution of the co-seismic slip over the representative three-segment two-dimensional model fault. The earthquake was due to rupture of 5 fault segments (from east to west the Karadere, Sapanca-Akyazı, İzmit-Sapanca, Karamürsel-Gölcük and Hersek-Yalova segments) along the North Anatolian Fault Zone and produced a surface rupture that has about 110 km onshore extent. The multi-segment model fault is 150 km in length, extends Gölyaka in the East to eastern entrance of the Çınarcık basin in the west and is divided into 120 equal-size square subfaults for spatial distribution of the co-seismic slip. Individual slip contributions of subfaults are retrieved through fitting the observed and synthetic seismograms in a least-squares sense. The model fault is extended offshore for 25 km in the west of Hersek Peninsula to discuss the whereabouts of the western end of the earthquake rupture. The finite-fault inversion procedure also includes time window approach, which allows variable rise time and rupture velocity on the model fault. The modeling has yield a very heterogeneous coseismic slip model for the earthquake with a total seismic moment of 2.6x1020 Nm. The coseismic slip model suggests that: (1) The main rupture area approximately 70 km in length and comprise rupture of two large asperities (eastern and western asperities) located both side of the hypocenter with peak slip exceeding 6 m in the depth range 4-9 km; (2) the slip is relatively low (1-2m) in the hypocentral region; (3) There is a prominent slip gap between the eastern asperity and the Karadere fault segment that coincides with the observed surface rupture gap known as Akyazi Gap; (4) The average slip across the Karadere fault segment is about 1.5 m; (5) The rupture extends offshore west of Hersek Peninsula till eastern tip of the Çınarcık basin with relatively low mean slip (about 1.5 m); (6) the rupture is completely dextral. The overall coseismic slip pattern seems to be greatly effected by the fault zone segmentation and discontinuities. The ruptures of eastern and western asperities coincide with the rupture of the İzmit-Sapanca and Karamürsel-Gölcük fault segments, respectively. Prominent fault zone discontinuities, namely Sapanca, Gölcük and Hersek stepovers and Akyazi gap substantially effect the coseismic slip pattern and the slip amplitudes not only on the surface but also deep in the crust. The analysis also revealed that though total rupture process time is 32 sec, the main seismic moment release corresponding rupture of the two large asperities occur between 4 and 12 sec after the rupture initiation.