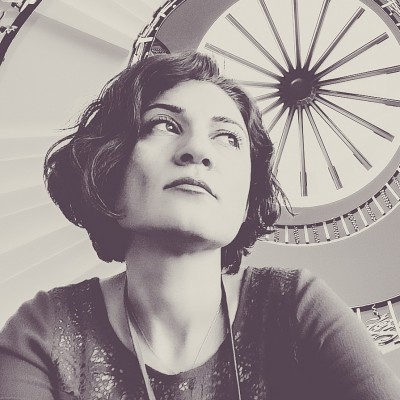 The prolific Turkish writer, journalist, pioneer feminist, nationalist and educator, Halide Edip Adıvar, lived in the transition period (late 19th and early 20th century) of the Ottoman Empire from tradition into modernity, in which there were lots of struggles and deep-seated conflicts, especially concerning ‘the new women identity’. Even in such a depressing period, Halide Edip Adıvar achieved lots of things in an eighty-year lifetime and was acknowledged widely both in Turkey and abroad. Besides struggling against the traditional dictations of her patriarchal society, she dedicated herself into the battle of her nation and female descendants for life and liberty. She was the ‘Jeanne D’Arc of Turks’, but never ceased to be aware of the moral and cultural facts of her time while realizing her aims. Considering these facts, this study focuses on the basis of Halide Edip Adıvar’s perceptions on the female identity formation and the ways of constructing the ‘new modern Turkish woman identity’ throughout the conflicts and crises of her own society. Then, basing its arguments on the feminist approach and the mental attitudes appropriate to the historical contexts of the mentioned period, it is proved that the patriarchal system and its dictations based on religion and moral values play an important role in the ‘new woman identity’ formation process, and pose an obstacle against women in their search to accomplish their self-esteems and independent women identities.

It has always been women that become the primary victims of oppression as they have been defined in terms of their relations with men, who have been regarded as the breadwinners, heads of the household and decision-makers. Imposed to believe that they have to feed men’s egos by being passive, innocent, soft, graceful, nurturing and accepting, women have internalized the ideology of self-denial and they find it improper to demand things for themselves. Undoubtedly that all of these particular experiences of women that stem from the phallocentric patriarchal structure and its dominant ideologies put women into the ‘double-bind’ situations, where women are judged against a masculine standard. As long as women are assessed by that standard, they are obliged to lose, whether they claim difference or similarity. In this respect, Virginia Woof and Erendiz Atasü, carrying the double burden of being both a ‘woman’ and a’ woman writer’ in a patriarchal society, are trapped in these double-bind situations and lose their body-mind unity as they are divided between their roles as a woman and aspirations as an artist. Considering these facts, this study, basing its argument on the theories of post-structuralist feminism, aims to present how Woolf and Atasü de(con)struct and demystify the patriarchally imposed gender roles, and achieve a spiritual balance and union, ‘wholeness’, through combining the masculine mind and feminine body.

Female experience and body has always been defined and ill-treated as deviant by the dominant patriarchal structure and its sexist language. It is the ‘dark continent’ full of indefinable things, like female sexuality and textuality that must be avoided. That is why, the expression of female desire has always been ignored and/or disguised in male texts. However, today is high time women, having been estranged from their bodies and sexualities throughout history with the terrifying myth of Medusa, emerged from their deep sleep and seek the ways of resisting linguistic, historical, and sexual confinements placed on them. To be able to realize and extend that resistance, they have endeavoured to create a new feminine rhetoric, which is only possible through writing with a female language and through the reclamation of the female body. Virginia Woolf, being one of the first woman writers, noticing and understanding the relationship between dominant male ideology and language, knows the inexpressibility of the female body and the parallel improbability of a female text through a borrowed man-made language. Hence, Woolf focuses on the ways of creating a feminine rhetoric and a female language that could express female desire and body. This study, focusing on Virginia Woolf’s Orlando, aims to present the practices of de(con)structing the internalized fear of rejection and inferiority of women, and establishing a new, female-oriented tradition through articulating the unspeakable female body written in a female language, which creates multiple meanings and fluid identities.

Subaşı, M. D. (2021). The Alarming Parallels Between Women of Gilead And Women of Post-Pandemic World, Living in the End Times: Utopian and Dystopian Representations of Pandemics in Fiction, Film and Culture, 13.01.2021

Nazlıpınar, M. D. (2012). “The Female Identity Exploration in a Patriarchal Society as reflected in VirginiaWoolf’s The Voyage Out and Halide Edip Adivar’s Handan”., The InternationalSymposium on Language and Communication: Research trends and challenges., 10.06.2012

Nazlıpınar, M. Derya, The Female Identity Exploration in a Patriarchal Society as reflected in Virginia Woolf ‘s The Voyage Out by and Halide Edip Adıvar’s Handan: A Comparative Study, ISBN: 9783639180169

Nazlıpınar Subaşı, Muzaffer Derya. (2016). THE DE(CON)STRUCTION OF THE MAN-MADE LANGUAGE AND IDEOLOGY THROUGH FEMALE SEXUALITY AND TEXTUALITY IN THE NOVELS OF VIRGINIA WOOLF AND ERENDİZ ATASÜ, Ph.D Thesis

Nazlıpınar, Muzaffer Derya. (2008). THE FEMALE EXPLORATION IN A PATRIARCHAL SOCIETY AS REFLECTED IN VIRGINIA WOOLF’S THE VOYAGE OUT AND HALIDE EDIP-ADIVAR’S HANDAN. Master‘s Thesis