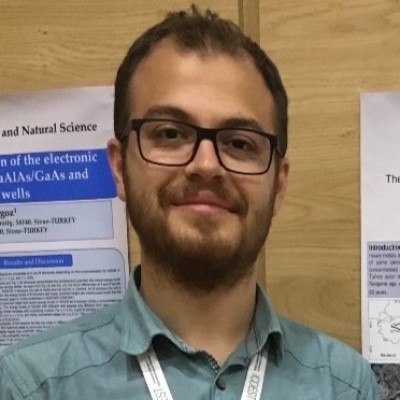 Öngen, A. S. &, E. Z. A. (2021). The effect of urban heat island on groundwater located in shallow aquifers of Kutahya city center and shallow geothermal energy potential of the region. Bulletin Of The Mineral Research and Exploration, (), - . 10.19111/bulletinofmre.820395

Öngen, A. S. & Ergüler, Z. A. (2018). An investigation on shallow geothermal potential of Kutahya, 4th International Conference on Engineering and Natural Science, 02.05.2018

, (2020). Ongen, A. S., Erguler, Z. A. (2020). The effect of urban heat island on groundwater located in shallow aquifers of Kutahya city center and shallow geothermal energy potential of the region, Bulletin of The Mineral Research and Exploration., :

As a result of urbanization, natural surfaces are replaced by artificial surfaces that trap heat such as buildings, pavements and asphalt, so residential areas have higher temperature values than rural areas. This effect, defined as the urban heat island, causes an increase not only in air temperature but also in the subsurface and groundwater. Groundwater temperature values were measured during one year in an area approximately 53 km2 consisting of different types of settlement areas to determine the urban heat island effect on the subsurface of Kutahya. As a result of the measurements, urban heat island maps were prepared. It was observed that the groundwater temperature anomalies increased towards the urban/industrial areas. The difference of groundwater temperature in urban/rural areas reached up to 7 °C by well. This heat energy increasing with the effect of urban heat island can be used in the heating processes of buildings by utilizing systems called “shallow geothermal energy”. For this reason, the heat potential of the alluvial aquifer under Kutahya was calculated. The theoretical heat potential values of the this aquifer range between 1.64 × 1013 kJ K-1 and 5.55 × 1013 kJ K-1 with a mean value of 3.50 × 1013 kJ K-1. It is thought that urban heat island maps and the heat potential calculations of the aquifers may be important parameters for applicability of shallow geothermal systems in the city center of Kutahya.

Heavy metal accumulation in soil is one of the most serious public health problem around the Emet town center and surroundings where is located on the biggest borate deposit in the world. In previous studies, the concentration of some elements in the region was observed higher than their acceptable limit in the soil especially for arsenic. Although, there have been many studies on arsenic pollution in the region, researches on other heavy metals are quite limited. In this study some heavy metal concentrations were determined in soils around Yağcık village and Emet town center. Eighteen topsoil samples were collected from randomly from the region. Samples were taken from 0-15 cm depth of the topsoil and analyzed for Cd, Cr, Cu, Hg, Ni, Pb, Sb and Zn. A.R. (aqua regia) was used for solutions and the final analyses were performed by ICP-MS technology. Element concentrations in soils varied from 0.16 to 2.08 mg kg-1 for Cd, 14.2 to 49.2 mg kg-1 for Cr, 7.75 to 38.53 mg kg-1 for Cu, 10.0 to 235 mg kg-1 for Hg, 17.6 to 84.5 mg kg-1 for Ni, 7.61 to 107.68 mg kg-1 for Pb, 0.47 to 78.88 mg kg-1 for Sb and 50.2 to 203.8 mg kg-1 for Zn, respectively. Geoaccumulation Index (Igeo) and Enrichment Factor (EF) have been used to evaluate the level of heavy metal contamination in soils. According to Geoaccumulation Index (Igeo) data, the soils were contaminated by Cd, Hg, Pb, Sb and Zn heavy metals. According to EF data, it is observed that soils were enriched by Cd, Hg, Ni, Pb, Sb and Zn heavy metals (especially Cd, Pb and Sb). As a result, concentrations of Cd, Hg, Pb, Sb and Zn in soils are found to be high enough that may cause hazard for the local ecosystem. This study was supported by Dumlupınar University Scientific Research Projects Unit with project code 2015-37.